Just when you think they’re done with their build up to the new EPL season being broadcast on their sports network, NBC comes and does it again.  With week one coming up this weekend, NBC Sports released a fleet of London-style cabs across New York City promoting their new coverage and a few top-flight EPL sides.

If NBC Sports’ EPL coverage promotion hasn’t been seen by everyone in NYC at this point, those people have to have been living in a hole.  After painting the sides of NYC subways and putting up a giant poster of Gareth Bale (and then not Gareth Bale) in Times Square, there really hasn’t been an area NBC hasn’t covered.  Srsly, what is their budget? This is awesome to see here in the states and has to be garnering all sorts of new EPL fans, hopefully some of which are indeed keeping calm and picking a side (honestly that saying has to be stopped, it’s enough).  The clubs that look to be covered are a wide variety too, from Arsenal and Everton to the Tine-Wear derby sides Sunderland and Newcastle.  See more pictures below: 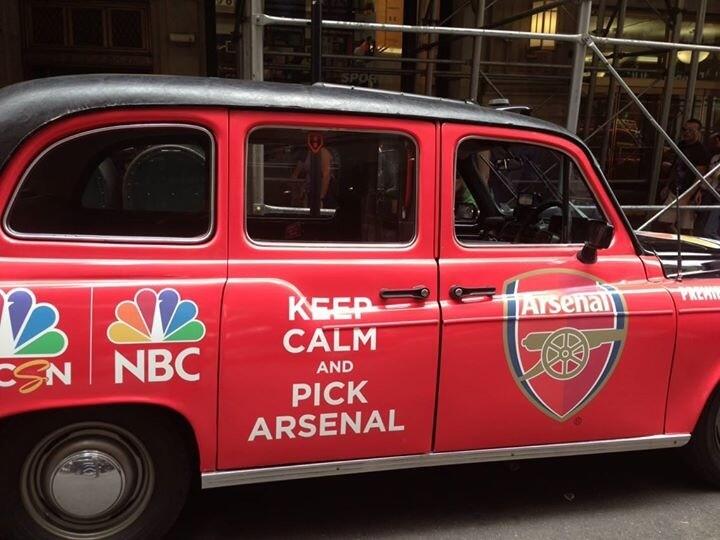 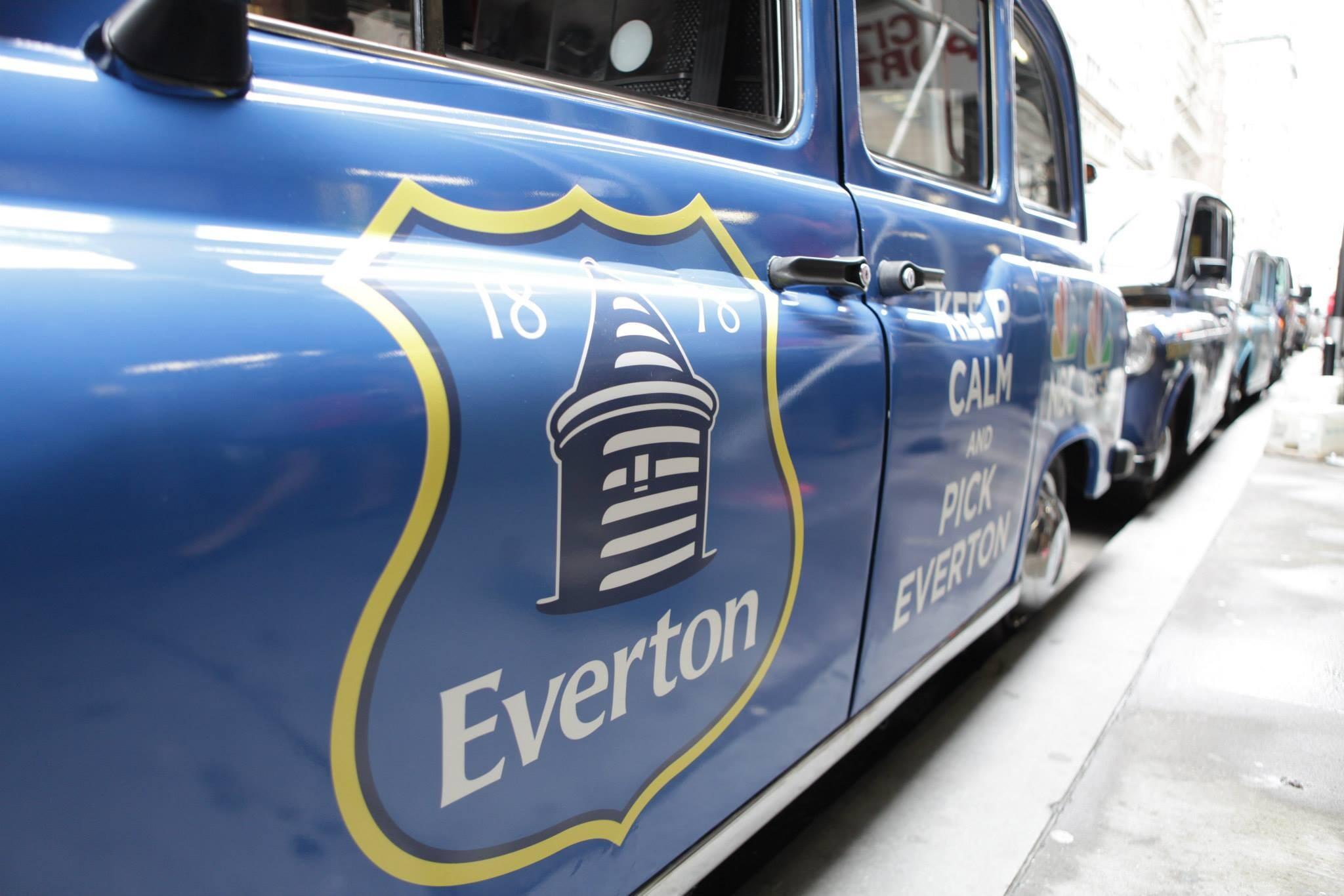 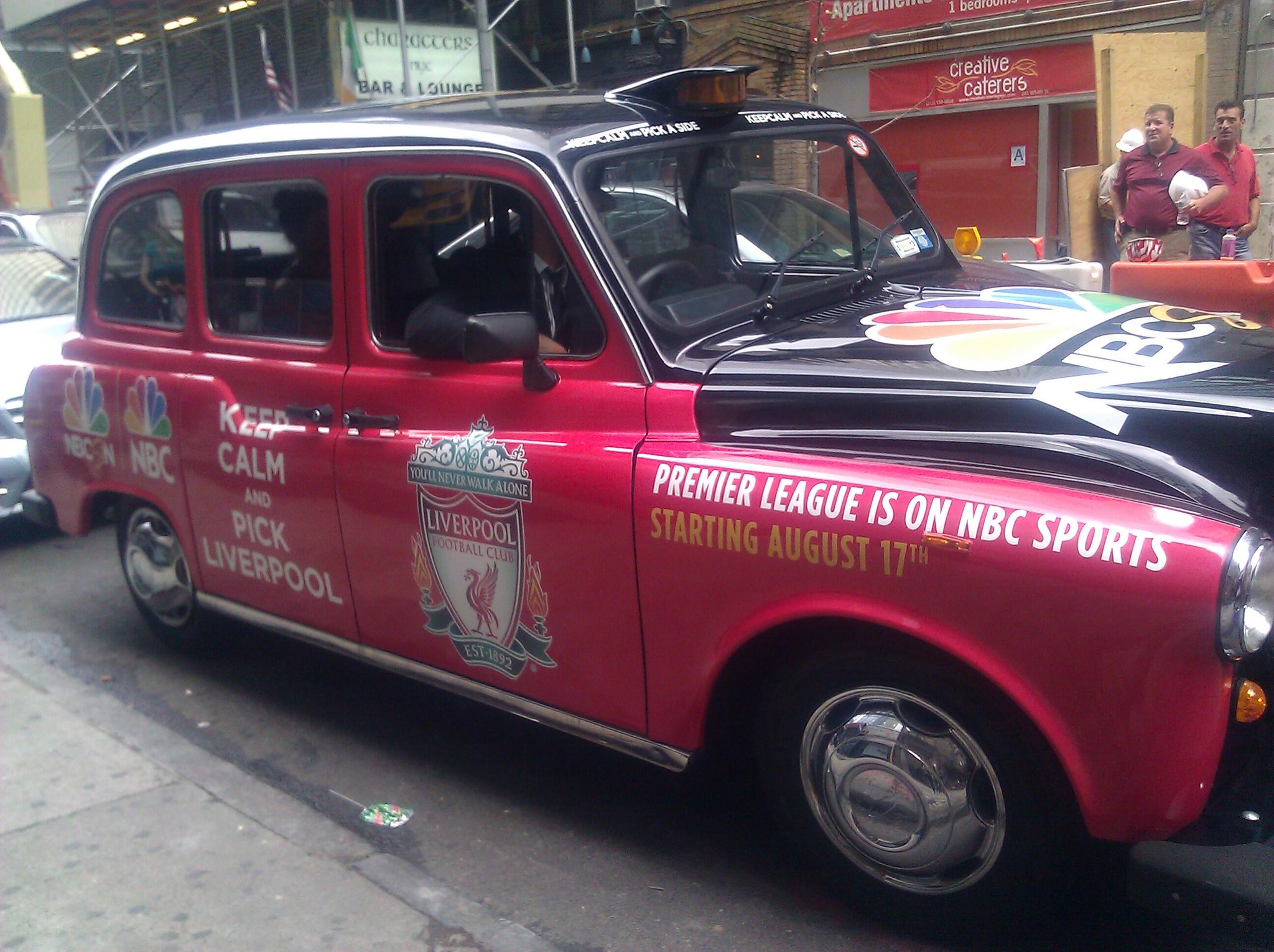 Yes, I'm a Man United fan and no, I didn't jump on the bandwagon 4 years ago. I've been a lifelong fan, born in the Manchester area and moved to the US as a young boy. Currently living in Boston, MA.
View all posts by ajbg →
This entry was posted in Premier Leauge and tagged EPL, London Cab, NBC Promo, NBC Sports, New York City Cabs, NYC, Taxi. Bookmark the permalink.