So Mario Balotelli has been using twitter for about a week now and he is basically straight fire with his twitter machine. It’s literally everything you could have asked for and more (see new profile pic above, just styling the fuck out of his lawn, or someones lawn.) He has already taken it upon himself to voice his opinion on pressing issues in the game of soccer, here is what he recently had to say about the hot button issue of racism in football:

Preach Mario Preach!! I’m not really quite sure what he is trying to say here, but I know that his heart fully went into his broken-English tweet. He later responded to thousands of confused twitter followers that: 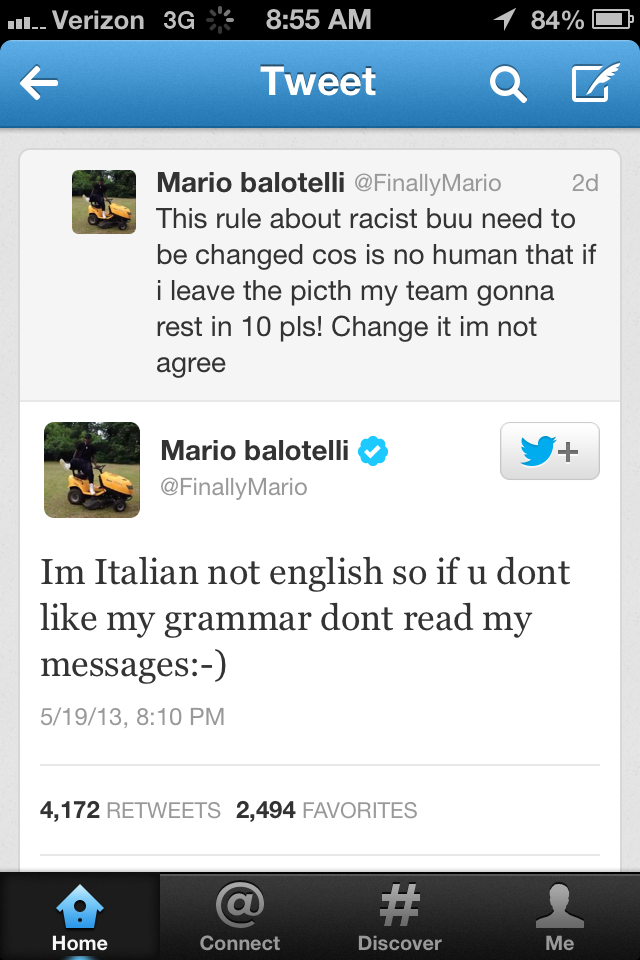 Damn straight Mario! Grammar is for the birds! Grammar issues aside, Mario has also been reaching out to other global superstars to basically put them on notice that Mario has finally entered the twitter game and to keep their heads on a swivel:

Mario talking to Kobe about his apparent pursuit of an MBA degree that they are both working towards together? Must be in the same classes: 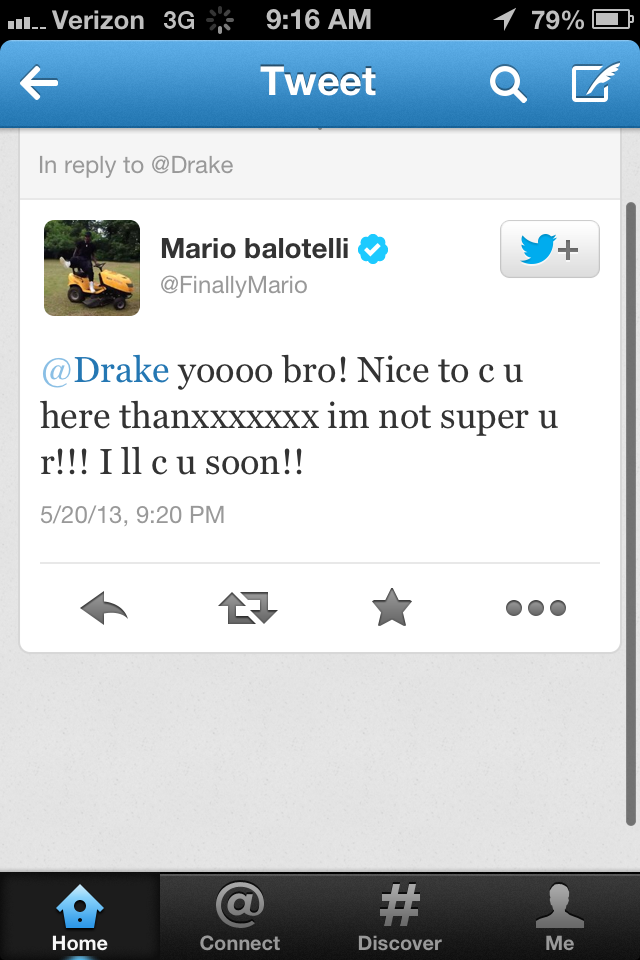 And finally, Mario finds and imposter account and wants answers:

So basically Mario Balotelli is doing exactly what you thought he would do with his twitter machine: dominating. I think we might have to start doing weekly recaps of his twitter updates for our readers. I think we’re up to it. Just keep doing you Mario, keep doing you.