It almost seems anti-climactic after last season literally came down to the last second to determine a league champion.  With four games to go, Manchester United has sealed up their 20th League title.  For Sir Alex and Ryan Giggs, it is both their 13th League titles. Legendary stuff. 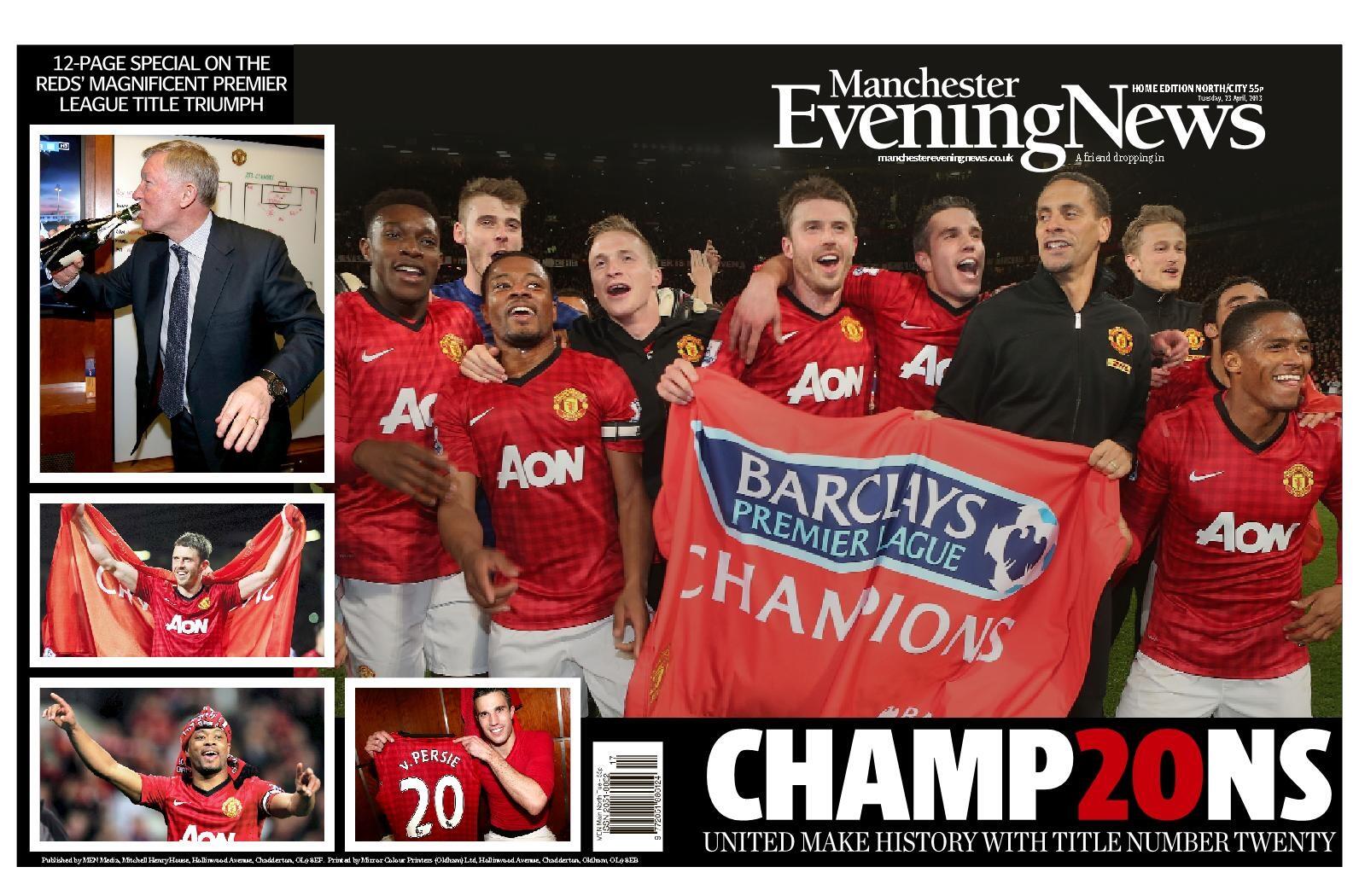 The man of the hour has to Robin Van Persie.  The biggest summer splash of just about any club in England was for one purpose and one purpose only, wrestle back the Premier League title from bitter rivals Man City.  Six times in a row now has MUFC finished second in the league and then gone on to win the title the very next year.  Sir Alex assured this would happen again by signing the brilliant Dutchman and it only seems natural that RVP shined on the biggest night of his season.

It took only 88 seconds for the Reds to open up the scoring last night with RVP netting an easy finish from a Giggs knock back across the box.  RVP’s second goal was an absolute stunning volley and serious contender for goal of the season.

The trophy celebration won’t be for another 3 weeks at the final home game of the season at Old Trafford, but celebrations were definitely in order last night.